Want more gay followers on Instagram during Pride Month & every month? Putting rainbow logos only is not enough. Do something for LGBTQ+ communities!

Due to the ongoing COVID situation, June of this year still can not be celebrated like before in a sea of waving rainbow flags, joyful parades, and exciting parties. But the pride of the month has never been forgotten ever since the outbreak of the Stonewall Riots on June 28th, 1969.

The riots lasted for six days. As a result of their courage, Pride Month is cheered every year in June thereupon, paying homage to the achievements made in the LGBTQ+ community, also with hope, waiting for what yet to come. 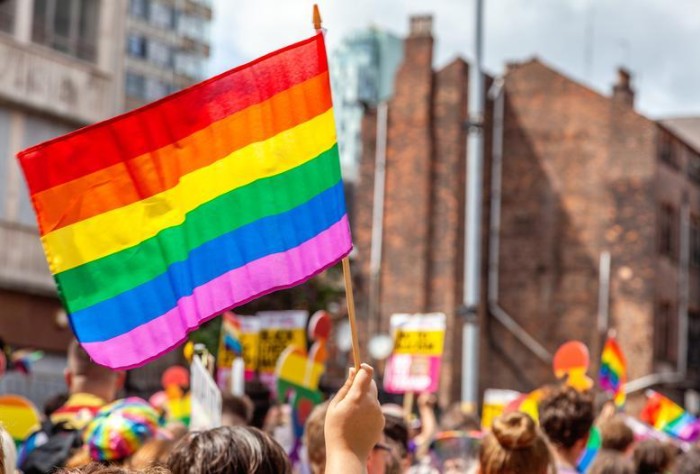 Pride Month Is Not Merely about Putting Rainbow Logos

Every year many brands see Pride Month as an opportunity to get more gay followers on Instagram. However, the essence of the festival and the responsibility to give something back to the LGBTQ+ community are long forgotten.

With rainbow logos superficially integrated into their profile photos or posts during Pride Month, they simply think they can expand their markets, raise brand awareness, and finally, grab a share from the “Pink Economy”. 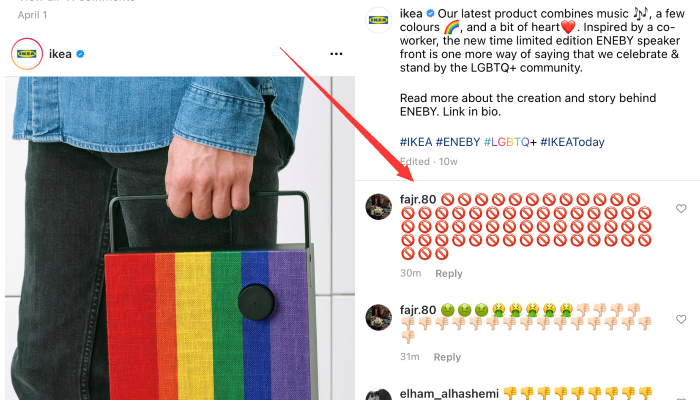 Well, it might work. As the statistics show in Khoros’ article “Three tips for creating a genuine and impactful Pride Month campaign”, quoted from the study of Edelman Earned Brand in 2017, if brands speak up social causes, 51% of consumers will be more loyal; 48% will advocate for and defend the brands; millennials, representing $2.45 trillion in spending power, 60% of whom are more likely to engage with the brands.

However, LGBTQ+ Instagram followers are aware of being taken advantage of during Pride Month. There are a bunch of highly resonated Instagram memes mocking those opportunistic brands, which shout out for their own benefits in the name of supporting gay Instagram followers. 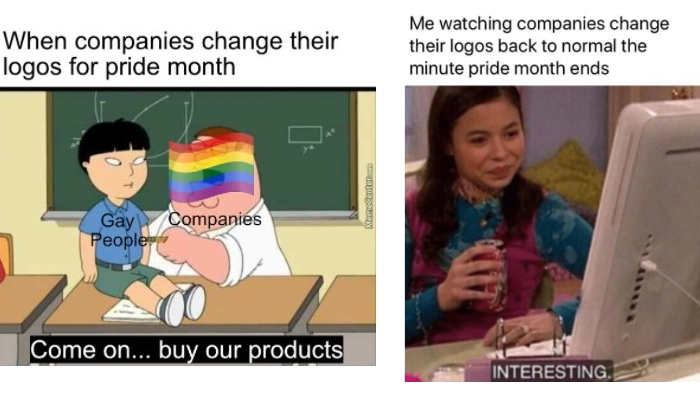 Nobody will accept that. Therefore, if you really want to support and capitalize LGBTQ+ community, instead of creating a shallow Pride Month campaign, it is time to put yourself into the shoes of the LGBTQ+ followers on Instagram, making an effort to help them in a practical and genuine way.

How to Support LGBTQ+ Followers on Instagram During Pride Month?

As said before, sincerity and action are key to answer how to get gay followers on Instagram, support the LGBTQ+ community, and even attract more free Instagram followers during Pride Month. Here we have prepared 5 ideas on how to do it for you.

Probably you have known that Pride Month is for celebrating the acceptance, visibility and inclusivity of LGBTQ+ people.

The examples can go on and on. The more you understand your LGBTQ+ Instagram followers, the more successful your virtual Pride campaign will be.

Secondly, it is equally important to ask yourself so as to decide whether you should speak loud and clear or keep silent during Pride Month.

2. Raise Awareness for LGBTQ+ IG Followers with Your Influence

Since all the preparations of educating and asking are done, what comes next into play is leveraging the brand influence to raise awareness.

Take a look at what Dove did this year on June 1st. 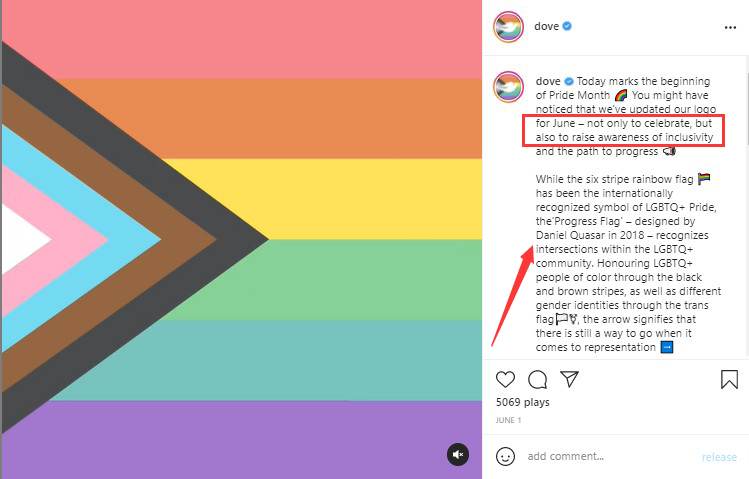 Gone are the days when heroism is prevalent. The success today favors more the power of cooperation and unity. It is also true of supporting LGBTQ+ Instagram followers.

Brands and influencers on Instagram alone are no match for the prejudice, discrimination and hatred towards the LGBTQ+ community or any other minorities online.

Instead, you’re advised to build a community with more minority-friendly Instagram free followers. The power of togetherness will crash any anti-LGBTQ+ deeds and provide a sense of belonging for any potential follower regardless of sexuality, gender and race.

Users in InsBottleGetInsitaGetInsita will be protected from password leaking and bullies due to sexual orientation. Come to get 1k Instagram followers in 5 minutes for free, whether you access it from your phone or computer, your follower community on Instagram will thus be strengthened with fast-growing minority-friendly Instagram followers.

4. Donate or Work with LGBTQ+ Organizations No Lip Service

Though the LGBTQ+ rights movement has progressed a lot over the years, many LGBTQ+ people are still facing discrimination, in some counties, some of them even have to deal with violence, persecution, or death just because of who they are and who they love.

Since January 1, 2021,  it has received 1269 requests for help. But the Rainbow Railroad’s Executive Director Kimahli Powell once revealed in a telephone interview with CTVNEWS. ca that they can only facilitate about 200 emergency evacuations a year out of average 3000 requests. They really need our help! 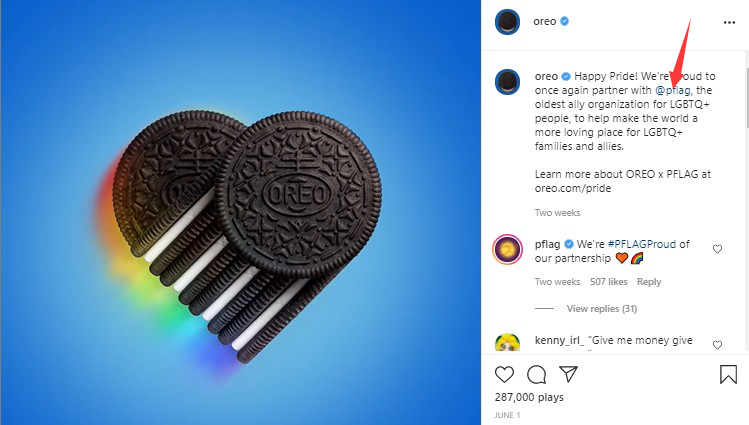 If you or your brand really want to support the LGBTQ+ community or get gay followers on Instagram, take action rather than lip service. Donate or work with LGBTQ+ organizations like Oreo or The Travel Points Guys did.

A brand that embraces inclusivity and equality from the bottom of the heart doesn’t just shout out loud and clear during Pride Month. In contrast, it has love and empathy for LGBTQ+ Instagram followers or any other minorities every month and every day. Instead of thinking about how to get gay Instagram followers, they build ties with LGBTQ+ communities and share them on Instagram to encourage LGBTQ+ people. 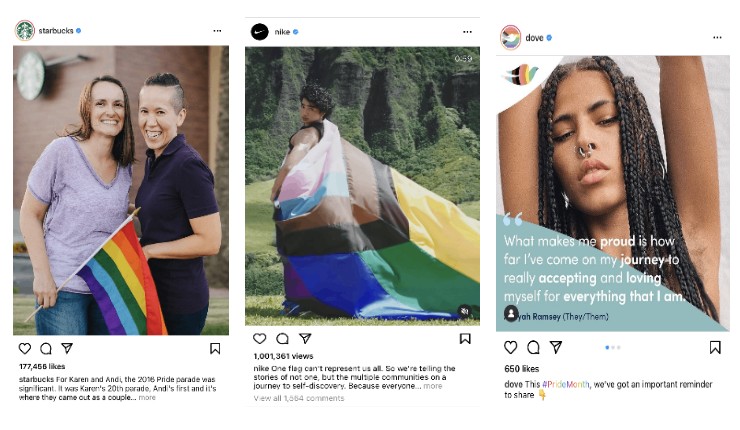 For example, during the Pride Month of this year, Starbucks shared the story of their LGBTQ+ employees; Nike highlighted three trans people’s experiences to be true selves; Dove caught up with some of their amazing LGBTQ+ partners to talk about what Pride means to them. They are trying to tell all the LGBTQ+ followers on Instagram, being employees or customers, that there is always a spot for them to feel at home.

Why Support LGBTQ+ Instagram Followers Not Only During Pride Month But Also Every Month?

Nonetheless, one survey says that 1 in 6 Gen Z adults are LGBT and the number continues growing. They are invisible because under the pressure of discrimination, violence, or even worse, persecution, few LGBTQ+ people dare to “come out” or to love and to be who they are openly like heterosexuals. 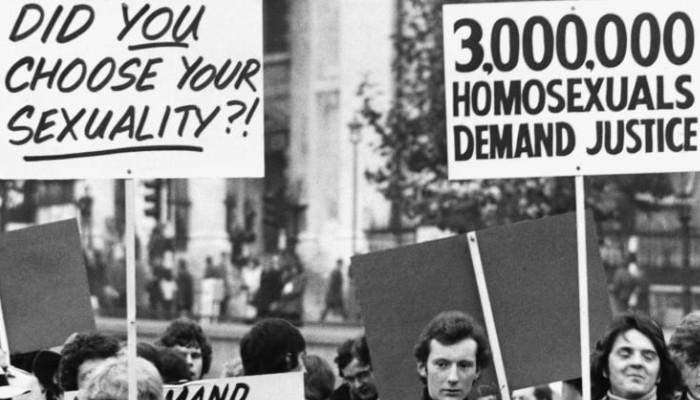 As Instagram is one of the most used social media with more than 1 billion users, it is a crucial place to raise awareness for LGBTQ+ communities. Therefore, supporting LGBTQ+ Instagram followers should be a mission done every month, not just during Pride Month.

Pride Month is not about an empty and meaningless celebration but a witness of LGBTQ+ people’s history and culture. Pride Month is also not about getting gay followers on Instagram but the empathy to support the LGBTQ+ community genuinely. Hopefully, in the near future, people are free to be who they are and love who they love regardless of sexuality, gender and race.

Your ultimate tool to get free Instagram followers & likes. 100% real.